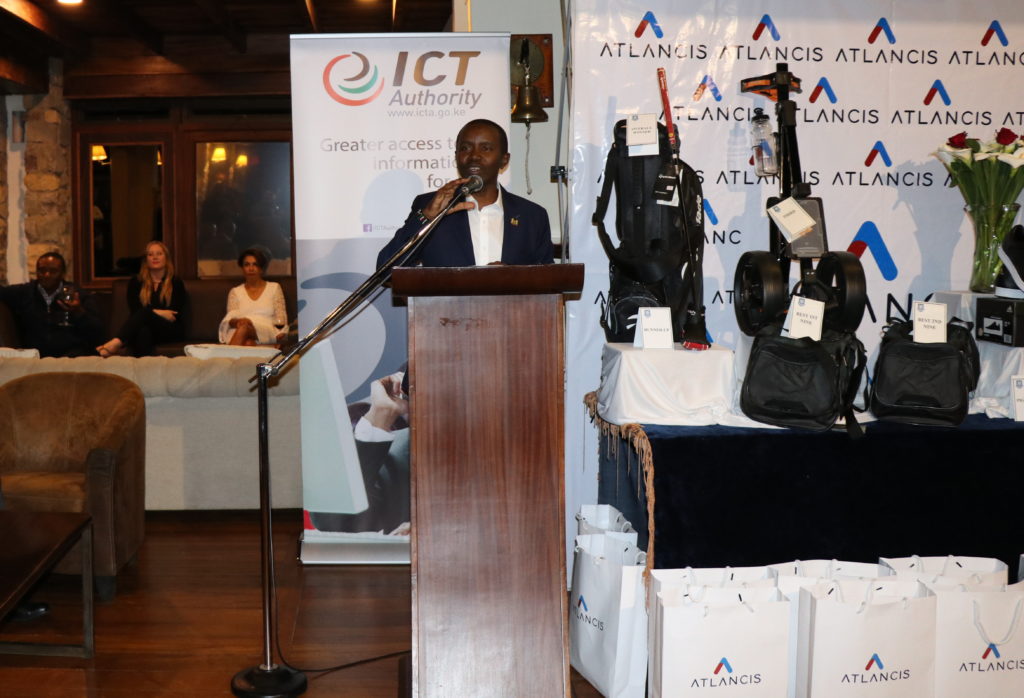 ICT Cabinet Secretary, Joe Mucheru addresses guests during the awards ceremony of the Waziri Cup golf tournament which was sponsored by Atlancis Technologies and the ICT Authority

Handicap 18 player Bram Ayoo took the bragging rights after beating a field of over 120 golfers at the Par 72 Karen Country Club course, emerging as the overall winner during the Waziri Cup Golf tournament sponsored by Atlancis Technologies and the ICT Authority.

Ayoo oozed confidence from the first tee and posted an amazing 44 points to win the top prize in an event presided over by ICT Cabinet Secretary Joe Mucheru. “Everything just worked perfectly for me though I must say, hard work and determination played a big role as I kept improving by each hole,” said Ayoo who was overly excited with his victory. Joseph Kyalo of Golf Park playing off handicap 28 emerged the overall runner up with 43 stableford points. 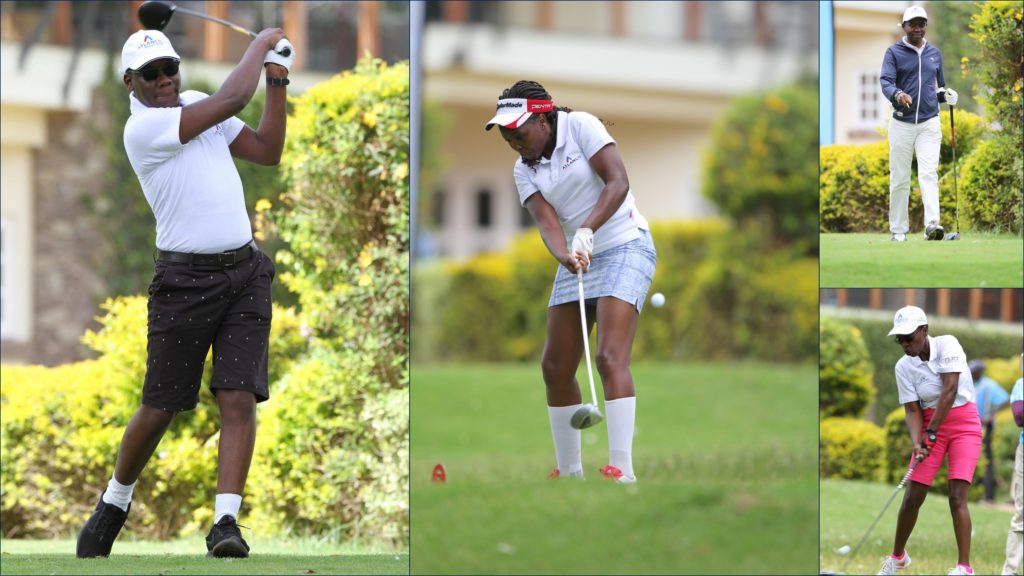 Speaking during the awards ceremony, CS Mucheru thanked the golfers for gracing the golf tournament which is a precursor to the ongoing Connected Summit 2018 at the Bomas of Kenya. The summit is the biggest ICT Platform in the region that has attracted over 500 ICT thought leaders, experts and decision makers across the region to deliberate and provide ICT sector related solutions. 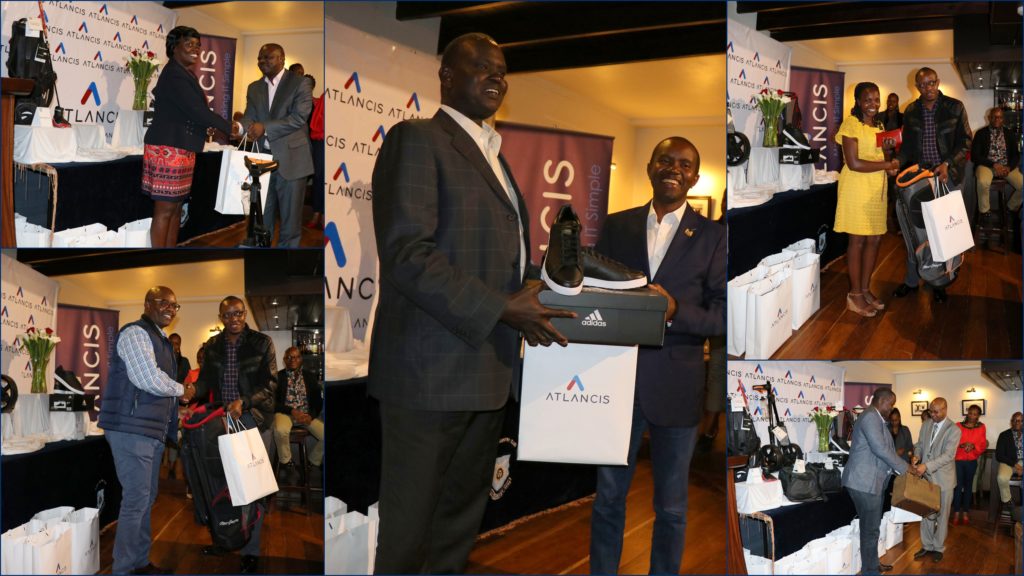 Atlancis CEO Daniel Njuguna thanked the golfers for supporting the ICT industry by using its wide range of products which he said have catapulted the sector into a vibrant entity. “We are privileged to be partnering with the ICT Authority together with other players in the ICT industry in the Connected Kenya Summit. We believe that IT enterprises in Africa have come of age and are more than capable of providing world class technological solutions some of which will be on display during the summit,” stated Mr. Njuguna. “The Waziri Cup Golf Tournament has been a good opportunity to break the ice and set the pace to what we believe will be a very impressive display of Kenyan IT ingenuity,” he added.

Kenyan Tech Developers to Benefit from a Digital Marketplace